i can’t see it

Why can’t you see it? 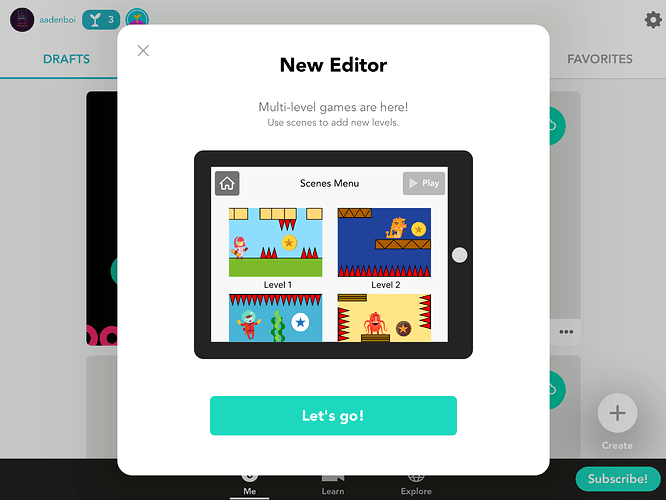 Hey Hopscotchers, Get excited - you are getting a brand new editor in Hopscotch! Now, you can make your own multi-level games or multi-page storybook easily with the scenes feature. Here are some quick facts about scenes: Scenes are different screens or stages of your game Use the blue “Change Scenes” block in the Control section to switch between scenes You can add, delete, rename or drag to reorder the scenes in the scenes menu Test out your code easily by tapping the “Play” button to previ…

Ok. So most projects with enemies rely on the camera movement to position the enemies relative to the player. This also prevent them moving for no reason, such as when a player bumps into a wall.

It’s also really easy, all you would need is a modified platformer template (just remove the gravity, and change the YSpeed code, and it’ll become a top-down game).

I totally forgot about that, thanks!

Tomorrow marks the start of another month! Who’s excited?

Anyone gonna be coding in December? Anyone going to code for a winter related comp? (I know there’s going to be one)…

Probably a platformer or some adventure game

man, i wish i could code

A game where you mine for coins with unique creatures, in a fun and addicting game! 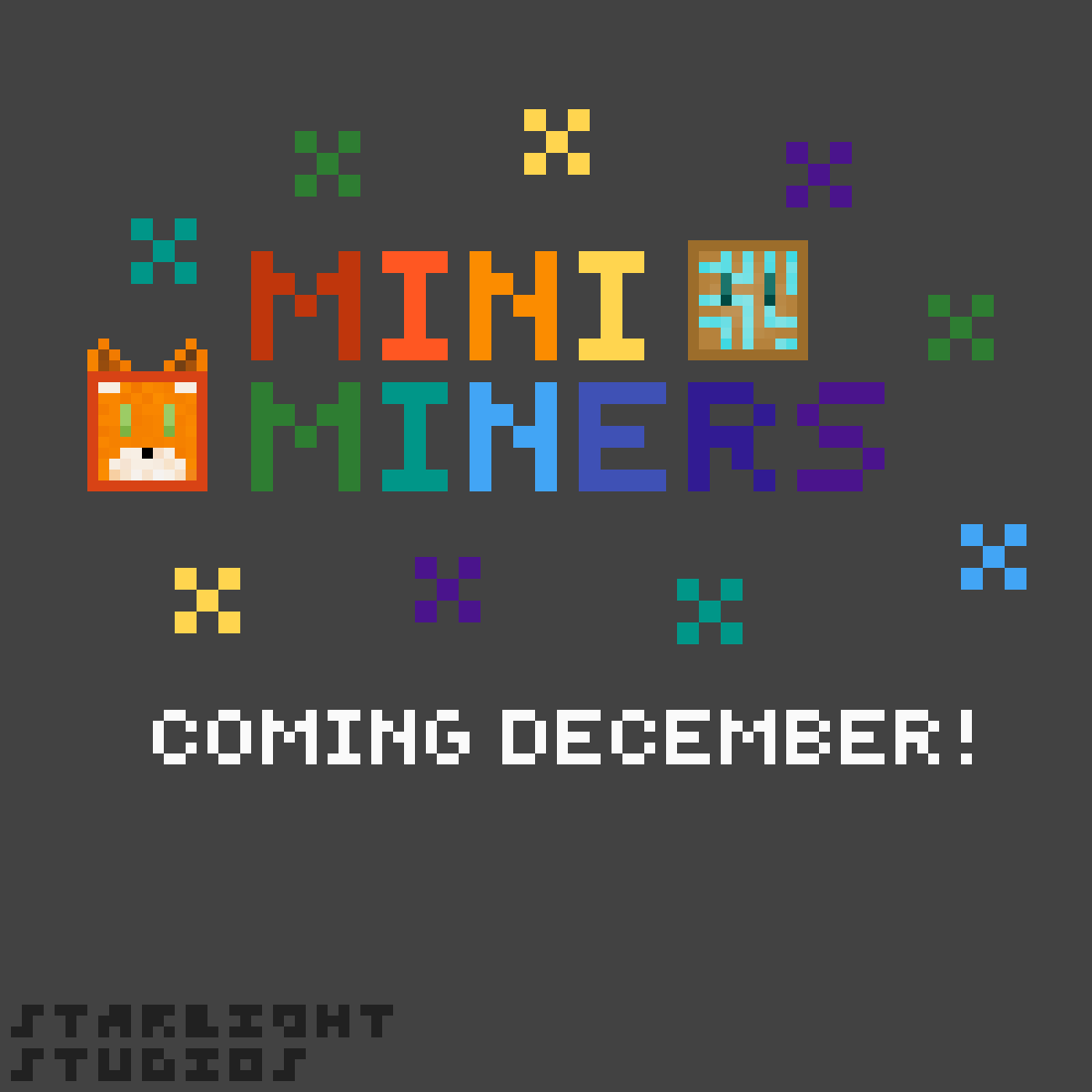 I’m so excited to announce this game! I usually don’t give release dates so sorry if this doesn’t release in December but I’m almost done so hopefully it will! This game is filled with beautiful art and animations, and fun gameplay!

The name reminds me of something else.

of course
My game MiniMining lol

I love the little characters, your pixel art is just amazing!!!
I prefer the fox, but the cubot is still really cool!!!

(Secretly wishes you will make a public beta)

The name reminds me of something else.

for me its mini airways

Wow! Today is already past the 2 year anniversary of my first project. Collect the balls! by SlowLilSloth #STS
It’s hard to believe I’ve been on hopscotch this long already

of course
My game MiniMining lol

Omg I promise it’s not inspired off of your game MiniMining! The gameplay to that game is nothing like it don’t worry! Actually what gave me the motivation was your game Cash Clicker World lol.

I love the little characters, your pixel art is just amazing!!!

Which somehow reminds me of mini metro

in fact mini airways was inspired by mini metro lol

I love that game so much

Which somehow reminds me of mini metro

in fact mini airways was inspired by mini metro lol

Actually I was just joking about MiniMining, and anyways it’s still in early beta.
What surprises me is that Cash Clicker - World is part of inspiration :0