Looks like a Hopscotch project, I could tell by the rounded triangle in the corner… 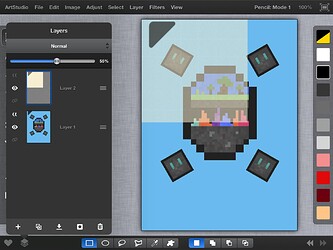 i can indeed confirm

According to the image, it’s Art Studio. And it looks more like an app / program than a website.

I can tell the difference between apps and websites. The bar at the top is the obvious giveaway.

Is it just me or is HS super buggy rn due to the update? I don’t know if the following issues have been reported but I’ve been facing:

Has anyone else been having the same issues? I want to know before I make a bug report.

Ik the HS team is small, and they’re doing a great job for how tiny the team is!

Copy and paste menus not opening

This is a known issue that will be fixed in an upcoming bug fix update.
Temporary Workaround: make sure the keyboard is open before double tapping to show the copy/paste options.

There’s a known issue where you can’t cut/copy/paste when the keyboard is closed. We are planning to have a bug fix release for that and some other bugs.

Instant womp message when you press play on a scene

I couldn’t replicate this on the new editor. This might be due to an error in your code, or your code only works when played from the beginning.

or your code only works when played from the beginning.

This happened to me (without a womp message) before so it could be the cause. It only works in one scene though and if you back out it works (don’t go in the same scene again)

I just tested again. It was a 6 FPS difference on my end (and when game is playing is winning).

(This link was converted from the app link with the help of the Hopscotch Link Converter Shortcut, a shortcut that can convert any Hopscotch project URL to another, even if it’s from the modded player)

There is one bug you could probably report:

You know those object variables with the object names in them? They’re missing the little image of the object, which makes the entire thing look offset.

Another bug I noticed:

When opening a project via the url, the app does automatically open, but the project never opens (and the project is not filtered in any way).

(Note: this mainly occurs when converting a hs link via a shortcut

Spy Guy’s game as an example: my converter returned https://c.gethopscotch.com/p/12n7m8mmqn, but opening the link from the shortcut doesn’t work (which may be a bug on my end)…

I did check, and I did allow the shortcut to access / open “c.gethopscotch.com”

@t1_hopscotch (just letting you know of these bugs)

They’re missing the little image of the object, which makes the entire thing look offset.

Yes, I have the same!

I also found out the hard way that “glitch” as a tag is banned in topics. I guess I can understand why…

That was probably just an existing tag, and we didn’t include it in the pre-defined tags for the bugs category. But yeah, it also doesn’t tell us anything about what happened 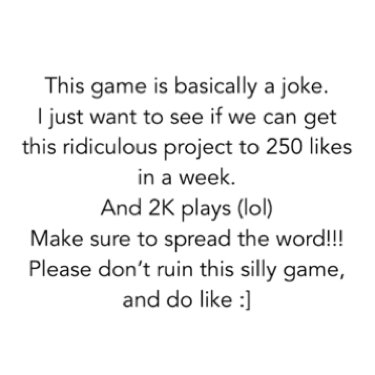 Like this is you are a Hopscotcher (Lol) by FTM Games

“Like this is you are a Hopscotcher (Lol)” by FTM Games. Made using the free Hopscotch app!

CB! No I am not coding anything, I just wanted to say Happy Thanksgiving to everyone.

Yo bro, its been so long!
Hope you have a great Thanksgiving. (: