I use app, but is there an issue with the web editor? I used yesterday with ipadOS16.1 with no problem

Old topics that were clived (closed and archived) are all sent to the deprecated category.

nvm, i think it’s my ram
i cleaned it and it was running smoothly
my ipad has a ram constantly between 90% and 100% lol

iPhone 8 iOS 13.1.1 Hopscotch version is 3.37.5
When I open Hopscotch with my phone rotated instead of opening regularly it looks like this: 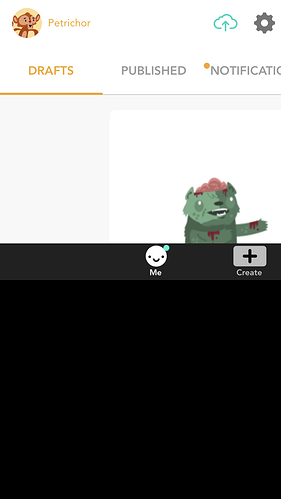 You have to close it and reopen it with the device held regularly.
I think @anon92895349 had this issue too

wait why’d i only have the monkey avatar in this screenshot I thought I had figured out the hopscotch logo by then.
yeah I definitely did I’m pretty sure I had figured it out almost 6 months earlier this is so confusing 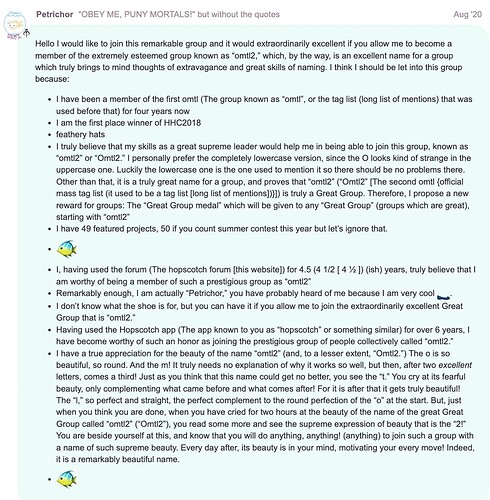 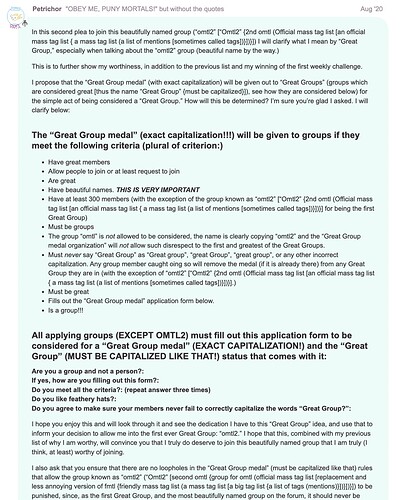 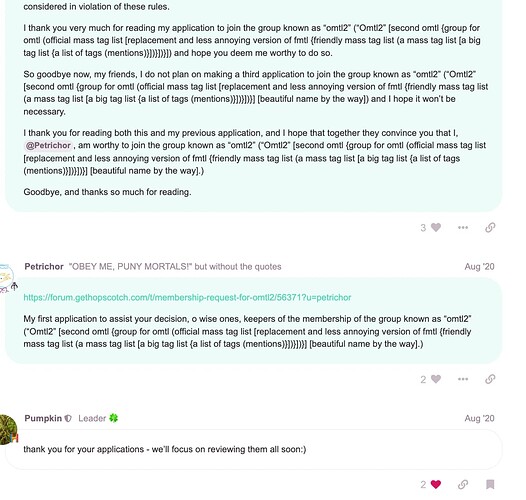 Good luck on your quest, my friend!

after having thoroughly read those requests, i can indeed conclude they are highly persuasive. they, i regret to inform you, also make me feel rather underqualified. for example, i:

i thank you for your encouragement, but i doubt it will be enough. best of luck on your entry into the amazing omtl2.

i made a post to an hsosc topic i think this morning and i feel like no one has seen it :( 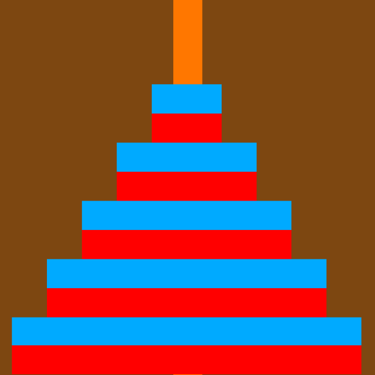 Magnetic Tower of Hanoi by aadenboi

“Magnetic Tower of Hanoi” by aadenboi. Made using the free Hopscotch app! 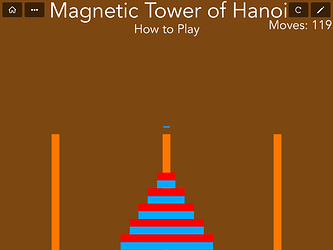 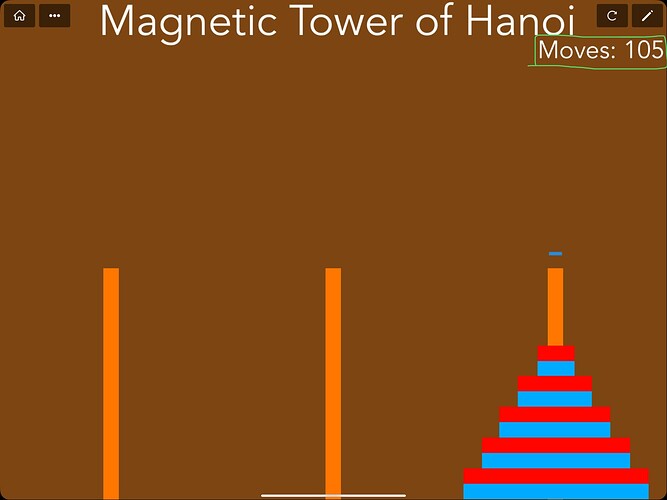 never made it onto “featured,” “trending,” or “newest,” before they were sadly removed

Newest was brought back quite a few months ago, and “Featured” is now “Masterpieces” (although you’ll still see “Featured” if the explore section glitches out)

crosby, that bullet was a joke

literally anyone can be on newest, and i actually did make it on trending [i peaked at ninety-second] before i went on hiatus for 2019-2021, which i posted about. i’m aware about the featured glitch, but don’t, and never have, had any chance of getting onto featured, or masterpieces.

I have made 2 masterpieces in total. One of which was because it was an official Top Games project. The other I have no idea how it got masterpiece. It’s a total mystery to me.

I’m also making a little grid of moves for the “Magnetic Tower of Hanoi” by @aadenboy in order to figure out the minimum amount of moves required to solve the puzzle.

for some reason i forgot to check notifications on hopscotch yesterday

@TB23 whats are the likes and plants for?

) mean a person likes your project, whereas a plant means they liked your project enough to pay 5 seeds to add a plant.

@aadenboy after hours of creating a grid of moves, I have determined it’ll take at least 98 moves to solve the Magnetic Tower of Hanoi (to but that into perspective, the original Tower of Hanoi only takes 31 moves for a tower of 5). 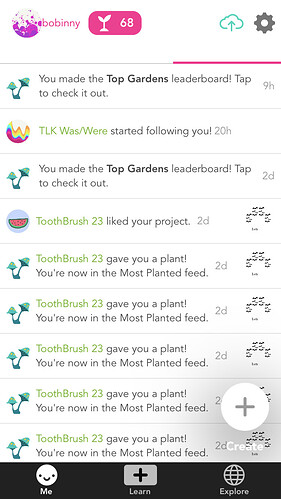 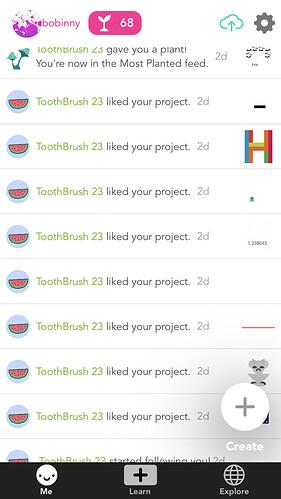 I’m trying to find a project called “The Prism” or something similar to that, the premise was getting a prism’s laser to the goal. I’ve tried remembering where I found it, but it hasn’t been working.

Some people like to spamlike or spam-plant you just because.

Clearly, I was wrong. I made a small error on my part, it actually only takes 89 move, which I just did.

You forgot to set your “currently equating” variable to 1 after tapping a number, lol… When I tap a number, nothing happens.