hmm, yeah… so what you’re asking for is something on the modded player, where you can generate a new login string that’s private, right? I’d have to think about that a bit

Yes, I probably won’t end up making it because I’m still super confused on how it all works but in the chances I do this is pretty important.

Does anyone else get people randomly Re-mixing your project that change nothing except for the title? Like someone took dashing ninja and re-named it to “The super ninja run”

they don’t even remove my watermarks

yes i used to get that often, i dont really pay attention to them too much unless theyre inappropriate (which has only happened like once)

I don’t pay attention too much, I just started laughing when I saw that bc it’s hilarious

Did you know you could make a game with NO* variables?!?! 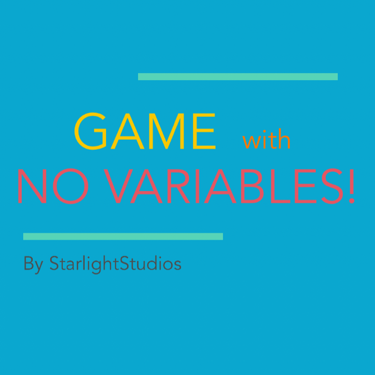 A GAME WITH NO VARIABLES???! #games #simulation by StarlightStudios

“A GAME WITH NO VARIABLES???! #games #simulation” by StarlightStudios. Made using the free Hopscotch app!

I believe I have already made a bug report about this in the past-
https://forum.gethopscotch.com/t/custom-images-turn-into-hopscotch-logo/63125?u=noland

Thanks for letting me know — I had missed it. I think I might merge your topic into Images not appearing (not uploading correctly?) just since it’s helpful for me to get more information on an issue.

I just found another bug: If the text parameter being edited contains an emoji, and you delete/add a character, it’ll automatically bring the cursor to the end of the string.

Thanks for letting me know as well, could you possibly make a quick bug report for that? I often find it hard to keep track of various posts in the y-taco (though I know the bug report template / process is a bit long haha. Maybe we can revisit the template, I’ll see what I can do.)

A preview of my Pixel Pad…
What colour should the cursor be?

i think black is fine, but it looks like a really nice project so far!

Cool! You can also use shape values like invisibility,width,size

orange variables are variables lol, because they can vary and by definition they are - so you are indeed using variables

yep i know, but its still really cool- i can tell because of that bg lol

It’s based on pixilart, but without like 100 tools lol

In the project JSON they’re defined as “traits” :o

maybe it is possible without traits

Yes I know, that’s why I put this and a disclaimer in the code bc I knew someone would say this lol

is hopscotch loading for everyone? it isn’t for me…

I think it works

oh no i mean the link in that post lol