You can now CREATE, EDIT, and PUBLISH projects in the Web Explorer! 🤩

Omg I didn’t submit mine officially yet oops 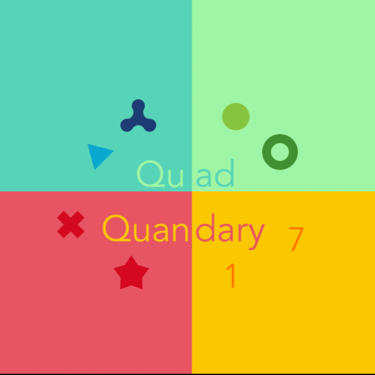 How much were you thinking? I can probably make an exception if it’s big enough of an update (I just don’t want someone updating an existing project with no changes)

Omg I didn’t submit mine officially yet oops

This art pad I made ages ago. 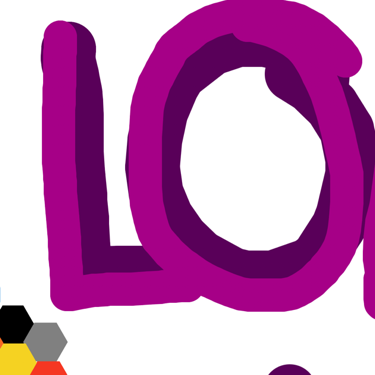 “Lol” by mouldycheese8♏️. Made using the free Hopscotch app!

Sure! (knowing where a project was before being put in the channel is pretty helpful, so thanks for letting me know)

I know I’m very late but wow! This is truly amazing! Congrats! I can’t believe that after so many years we finally got a computer version of HS.

I just wanted to say that there’s this weird bug where while working on an oldish draft, there was this repeat loop in places it shouldn’t have been. It was in the objects list, and it was at the bottom of every object’s “when” list, and every time I added a new check conditional it appeared there too after closing the block. I don’t know if this is bc the file is corrupted or…? Anyways, just thought I’d report it bc this is not happening in the App version of Hopscotch on that same draft. The bug is only happening on that draft. It’s always the same loop and always the same block arrangement inside

Again though, I’m so glad it finally happened! This truly is one of the greatest moments in HS history, thank you for taking the time to do this

wow! This is truly amazing! Congrats!

Again though, I’m so glad it finally happened! This truly is one of the greatest moments in HS history, thank you for taking the time to do this

Also @Awesome_E I have a suggestion

[Screen Recording 2022-08-28 at 10.50.59 AM] Here’s optimizing color parameters in action. It’s also a testament to the project revision system’s expandability – all I had to do to get that working was to add a function to update more than 2 blocks at a time and pass through the changed blocks!

Wooo! This opens up Hopscotch to so many more people!!

Huge congrats @Awesome_E, I know you could barely keep in the excitement lol 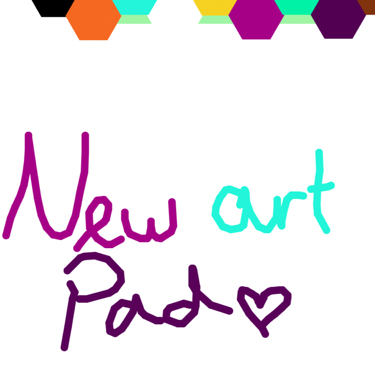 I didn’t do all of it on the web, like duplicating objects and dragging them, but it was 98% coded 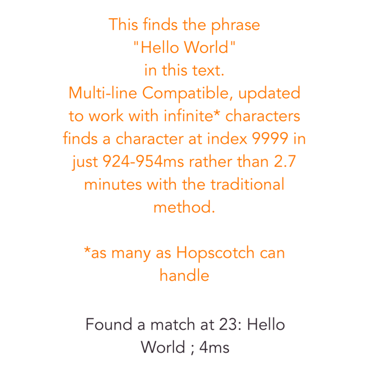 Simple, yet very fast and effective.

This is similar to ThinBuffalo’s find index code, but without the limitation of strings needing to be at certain lengths. My method is still a lot slower for anything above 300 characters (especially for 100,000 characters).

When will we be able to upload projects from the website? Or are we already able to?

You can already, but there’s a bug for iPad and iPhone with tapping the check mark and changing the title (Publish confirm does not do anything)

A message about impersonation Meta - Forum

I know this is a serious topic, but this is my first time seeing it and this fake post is hilarious lol [image] Please note: The above reply is fake and the picture has been edited. Neither a fake user called “Anna” nor the reply above has existed. It is an example, but not an unrealistic one. Hopscotch on a smart fridge may or may not be possible with the web editor :')

An LG smart fridge can go on the web.
You can code on the web explorer on the web indirectly adding support to anything with access to the web
Hmmm…

if they make a touchscreen fridge with access to safari for some reason, it’d actually work! lol

Of course, it’s not an official Samsung partnership by any means, though. That would be funny. :D