I don’t think this isn’t normal 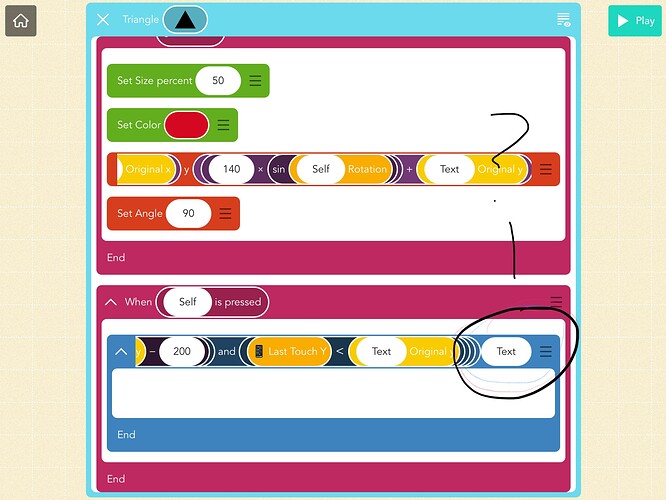 hey, tht will fix it only if they know how to reproduce this bug - only you know how that happened! ;)

also, i changed the category for you, please consider reading this post to better categorize your bug reports in the future (:

did you delete a variable? I think i’ve seen this before after a variable is deleted and it leaves a blank input in it’s place.

he doesn’t seem to have beta editor (no scene button) so nop, he didn’t delete a variable

ooh good eye, then i have no clue lol.
@RoadOcean what were you doing when the bug occurred?

did you actually copy and paste it? Because that won’t save as it was someone else’s code (to avoid plagiarism even when ftu or inspo code I think)
if whoever you are copying from DID say that the code soecifically is ftu or it’s something all over hopscotch (like simple code or something like the ISNBN pen where everyone just uses the code freely >only example I could think of), you would still have to do it manually.
It will let you copy and paste the code at first but it won’t save after publishing or exiting from the project. It also won’t work when you play the project, as far as I know…

this may be the problem
I’m not sure though

yeah I think that’s what happened… it will show up properly at first but once you play the project, go out of it and back in, or anything, it won’t have saved. You have to copy it manually if you’re going to copy it

I think this is fixed. I don’t know what I was doing at that time.

This happens to me when copying code from other projects.