There’s Too Much Spam At This Point

when the tabs aren’t cluttered with spammy projects, then users who actually put in effort’s projects can be seen instead of having to be spotted like a needle in a haystack.

I made a trail art that took a long time and put it into the art section,

1 min later: WHERE DID MY PROJECT GO

There seems to be a solution to this topic

And yet the spam continues

@FearlessPhoenix unsolve this topic pls :))
i think cool only wants to make sure everyone sees post 45 - you could maybe quote that post in op if you want 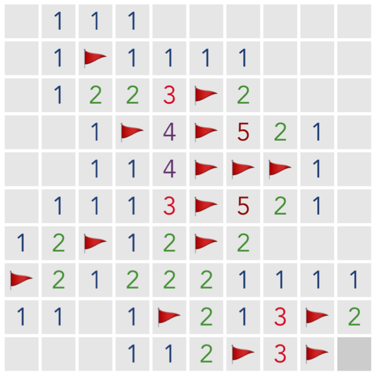 “Minesweeper v1.1” by Awesome_E. Made using the free Hopscotch app!

Maybe not per scene, and if you had a scene 2 with only 1 object for setup, that would get marked as spam.
And, you don’t need to change blocks at all for remixes. What about a art pad and you wanted to use one but you don’t have one? You would remix it with your drawing. In remixes there should be at least a code change, or a background card change. With minimum 200 blocks of code, for coders who don’t have large projects, even if they could spam blocks, it would be hard for those people.

Bump/I half agree with this and I half don’t

This would for 1 increase the quality of projects…

or decrease the efficiency of how people code

or just get rid of that feature

I would recommend making it so the creator has to approve of remixes. I get people remixing my games pretending it’s theirs.

I think 50 would be a lot more reasonable

Ig but quality over quantity…

This project in masterpieces has 1 object.
Edit: ^^that was mentioned already

I think these ideas are in the right direction, but setting arbitrary requirements would make it really hard for new users to be able to get their projects published.

A new user could publish a basic geometry dash style game with 2 objects – one that changes y on tap and sets invis on bump, and one spike with basic move and set position. Someone chatting could have 3 text objects that just set position and size, and disappear when tapped.

They’re both about the same complexity, and that’s what makes project requirements a hurdle to get implemented, even though there’s nothing wrong with the idea itself

It has 113 objects during playtime though
Also, you could check if the project was made whilst watching a tutorial

I’m kinda confused, would this decrease the quality because people are spreading their code into more objects? Not trying to come off rude but it kinda seemed like you didn’t think that much about how other people code and this is mainly how you code (which is ok!) /lh /nm

but what if they didnt watch a tutorial?

Maybe you could only post like 2-4 times a day? Idk if that would be to little or too much

And maybe people could make really good games with it