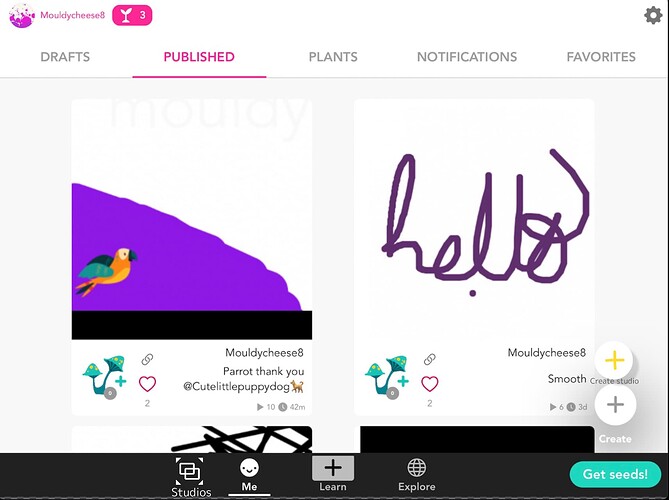 uhh, what are studios?

ok, so its like a tab but hosted by the community?

I think a group of projects

A studio is a place with similar looking projects in one place. Projects in Scratch can be added by the curators or the host of the studio. I think it would be cool to see in Hopscotch. It would be useful for grouping similar projects, which would make them easier to find if you’re feeling nostalgic. Obviously project adding would be limited to only the curators on Hopscotch.

If the suggestion is more for grouping your own projects in one place, I think it would more likely be called a Stack or Collection, or even a custom named Folder.

From what I can tell, it looks like a “showcase” or “collection” of projects, and I would be all-in for that idea! However, I think a better way of limiting it would be to limit all collections to a certain amount, but subscribers can have more collections than others.

also require quite a bit of moderation

How so? Aren’t the projects already published and reviewed like they currently are?

i think the studios description (whats this studio, how to submit, what are the rules) needs to be moderated because ppl may misuse them and type in, for example, their email address

Oh I see, so there could be more info associated with them