Set pose instead of change pose

A block where you can use a “set pose”, instead of change pose.

Actually for every project

If the pose of an object is in the “moving” pose, without someone pressing the screen, it looks kinda weird, but if we use a “set pose” block that could be changed.

My handwriting is pretty bad, so if you can’t read it, it says:
Set pose to “moving” 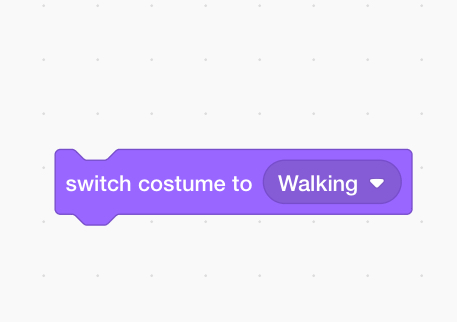 This block is different, but it actually is the same.

i LOVE this idea and it would make a lot of things easier to look at - coding game shows/newscasts/movies/etc.

this subject has been brought up before in this topic, so just a little reminder to SBYP - Search Before You Post - but that was a mega topic, not a focused one like this, so i think this can stay (but don’t take my word for it i might be wrong)

anyways i 100% agree that having a set pose would be better than change pose. it gives you more control over exactly how characters are moving and allows for better graphics.

Thanks!
And yes, I never saw that topic.

no problem! this is why we have a community - to help each other out!

and in the input, you can select “next pose” and “previous pose”

maybe that’s what your trying to say idk

yes, thats what im saying - basically just like how the new change scene works with “next scene” and “previous scene”

Yes, but some characters have more poses, like Jody…

Example:
When I go to a “shop” when being in the half-moving pose, “next pose” doesn’t work.