I would say yes

Wow, this has to be annoying 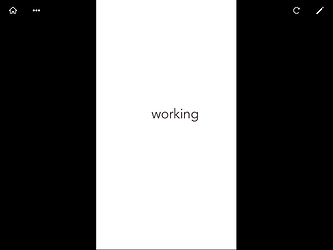 @Yuanyuan we need to put a Wait 0 after Set Local Variable if the local variable is used immediately after, which isn’t convenient.

Thanks for trying that out — adding a Wait 0 did also make it work for me.

This bug seems to be part of this broader bug, with the execution of Control Flow/Variable blocks, so I’ll move it here.

(Update: Just a heads up, this will be fixed in the next player update 1.6.0

I haven’t even touched local variables atm so

Is this still an issue?

It will be fixed in the next major update.

when will be approximately the next update? ~2 weeks? ~1 month?

I don’t have a specific timeline at this point, sorry (but maybe closer to the range of a bit over a month, or so)

I just set myself a reminder for March 1, 2022 (about a month from now). As time goes by, I’ll most likely just remove the reminder in less than 3 days.

I know this isn’t the exact (or even an approximate) date, it’s just an assumption for I what I think would likely be the lower range, based on your post.

I can also tell it’ll be a pretty big update considering how long it’ll be before release (and 2-4 months is quite normal. I’ve seen some even take 6 months or longer per major update, which I will not specify).

Yeah it might be on the longer side (it will be a bigger update, including custom abilities and custom rules with parameters)

And it’ll be interesting to see how they turn out. Also, those specific tags (high-priority / low-priority / in-development / officially-reproduced) look really cool.

This should be fixed in webplayer 2.0.x (Sorry, I had just forgotten to post back here.) 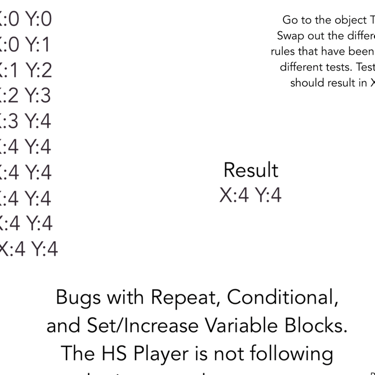 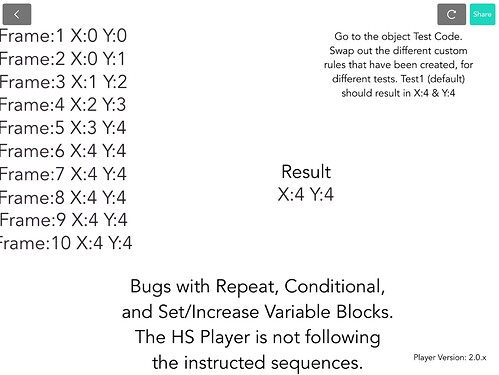 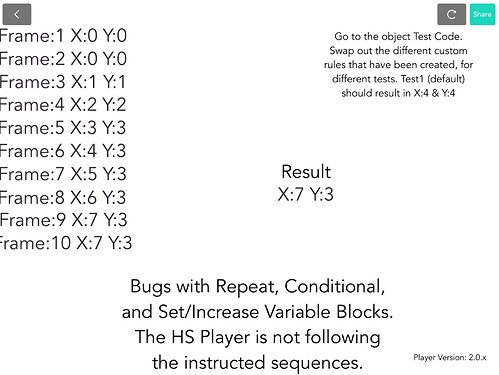 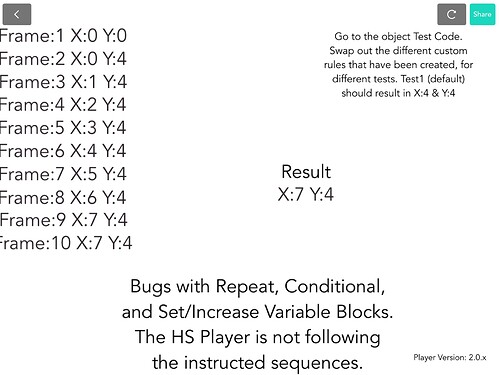 For test 4, I think the increase var timing is still simultaneous like it was previously, but still working as expected: 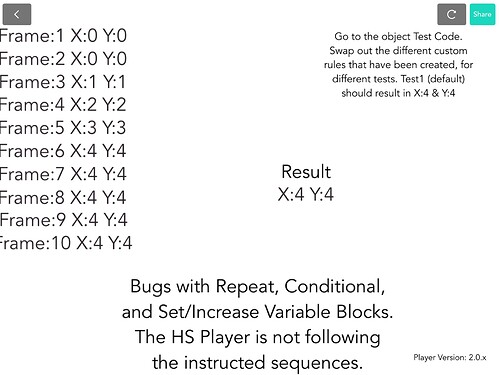 This topic was automatically closed after 4 days. New replies are no longer allowed.