Project womp'ing after trying to do an infinite loop (with functions) 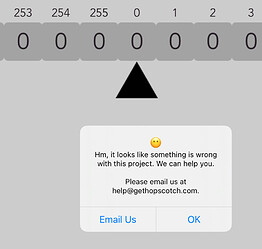 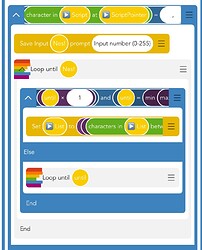 Why does it womp?
I assume it might be the infinite loop done with the function, but it still womp’s if the conditional is true.

putting a wait(0) in the code will fix the issue

It fixed the womp issue, but didn’t output anything, so I kept revising it and came up with this 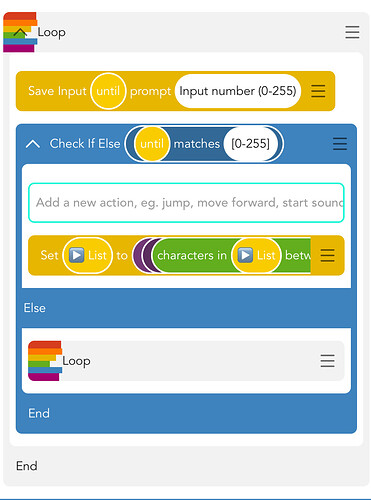 Edit: Somehow broke the cell data list by putting in 075 (which is valid)

Why are you using regular expressions here? Surely it would be better to just use < and >?

Tried that, for some odd reason it wasn’t working

that shouldnt be happening - try rounding the input value with round() block, which will force hopscotch to convert it into a number if it hasn’t already. for some odd reasons, hopscotch executes string vs number comparaisons without understanding those are two different things, and the results will not be what you’d expect (for eg, 9 > 81)

So you want to prevent trailing zeros, huh?

The [^0] at the beginning will not allow a zero to be first in the string, and require the first number to be 1-9.

I think we should have this topic closed. The project was rejected due to inappropriate content.

There’s a bug in the webplayer which is resulting in the Womp, for this case. 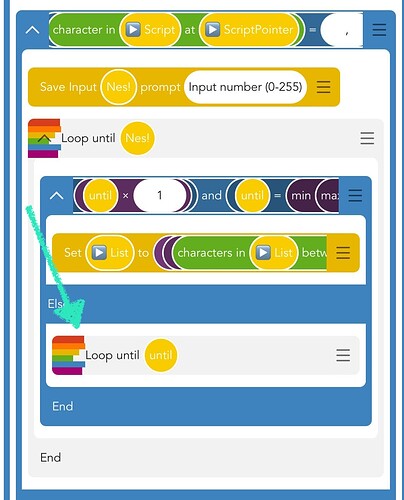 Reason: this is because the function keeps calling itself immediately. The app usually waits until the next frame before calling itself, but there is a missing case for the Else section of “Check If Else”.

hopscotch executes string vs number comparaisons without understanding those are two different things, and the results will not be what you’d expect (for eg, 9 > 81)

This has been fixed and it was only for user variables — Object, Game and User Var convert strings into number when they shouldn’t