Hello! I’m creating a rhythm game on Hopscotch. I know that I make a lot of games without following through but i’m hoping to follow through with this one.

Character Forms
If you’d like to create your own character for the main character to sing/play an instrument with, please try and make them wacky and fun, but they need to be understandable. Please don’t be offended if i alter your character or if i don’t include them at all. 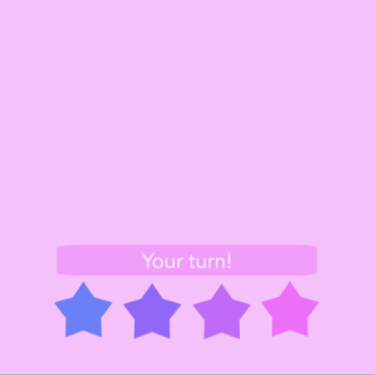 Give me feedback on the system so far! by Dragongirl1264

“Give me feedback on the system so far!” by Dragongirl1264. Made using the free Hopscotch app!

There will be a way to show you what notes are coming up and a way to track your score, notes hit, notes missed, etc in the future.

I’m going to fill out a form for the main character.

Name: ??? whatever the player names them.
Pronouns: they/them
Personality: ambivert, shy in big crowds but is always up for a game.
Method (singing, or an instrument?): mostly singing but can also play instruments if the opponent is playing one.
Style (what kind of music? fast? slow? easy? hard?): again, whatever the opponent is playing!
Appearance: Light brown hair, light skin with a few freckles. Blue eyes.
Clothing: Light pink hoodie and light purple beanie. Regular blue cropped jeans and navy boots.
Other: none

Name: Cally
Pronouns: She/her
Personality: Super peppy and fun, but also reallyyyy competitive especially if her component is advanced
Method (singing, or an instrument?): an instrument - preferably xylophone
Style (what kind of music? fast? slow? easy? hard?): if possible, could it start easy and progress as the song goes on, ending up difficult?
Appearance: sholder length pink hair, pale-ish with freckles and a nose ring
Clothing: pink shirt matching her hair & blue flannel blouse tied around her hips, black leggings
Other: i hope i’ve interpreted the game right, feel free to change anything if it doesn’t suit the game :))

looks really cool, the code you have so far works really well! i wish you luck!

Thanks! She’s going to be the third stage (out of four for now, i’ll add more in version 2.) her songs start out soft but happy, and progressively get harder and faster.

Can i have some feedback on this so far? Please be honest. 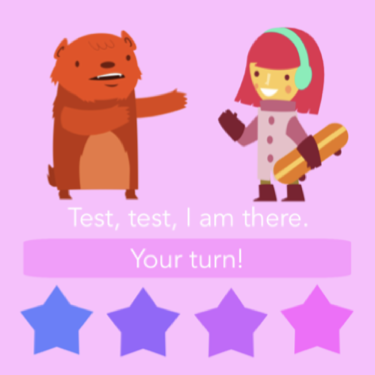 “Song test” by Dragongirl1264. Made using the free Hopscotch app!

wait so progressing in the song adavcnes the story? just wana make sure i’m getting this right

sometimes, but those are the lyrics.

ohhh i get it thats cool haha

i love it! the color changing is really cool, it works super well

what kind of lyrics should Cally have?
also, is it ok if she has her blouse on at the start?

you choose! and ofc, its ur game!

could anyone give me feedback on the system so far?

It looks good so far, but I think you should use the notes C D E F G, unless you want the minor scale