1 sentence description of the problem: I was wondering why the keyboard kept closing on me when tapping the set variable’s parameter, then this happened (image below):

Steps to reproduce the problem every time:

I expected this to happen: the parameter to show as normal

But instead this happened: appeared as if it was part of the block 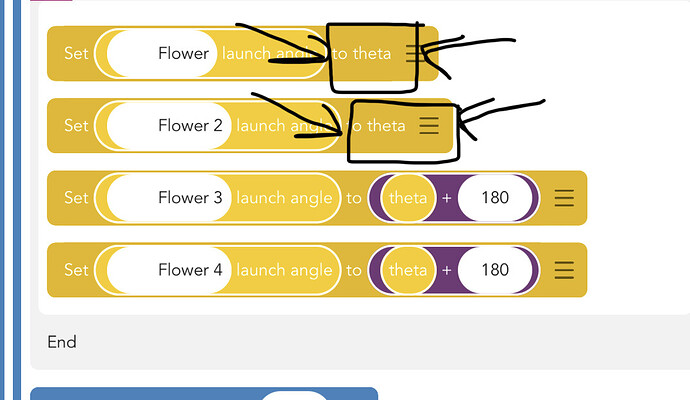 I’m no expert, but I’m 100% sure this isn’t supposed to happen. The keyboard also closes automatically when the set variable block has no math operators.

The bug seems to be very inconsistent. It would take a miracle to reproduce this bug, unfortunately…

I basically had some value, then I placed them within some custom blocks to make it neater, then I edited the block to include parameters, then I encountered the bug. Does it happen every time? Probably not…

It also seems to fix itself after leaving the project. I was actually extremely lucky I captured this bug. Because I don’t think this will ever happen again unless we tried to get this bug…

there’s a lot of visual glitches in this version, i’ve seen 2
the one i still remember is Set Text to “60-(var-var)”. when i pressed “cut” on the entire equation, there’s “60” left (100% normal) but it’s background is purple instead of white, and i was unable to write in it again.

There’s only one way to tell if the bug is occurring, and that’s when the keyboard refuses to open when tapping the parameter of a set variable block.

I basically added an object, added a local variable, then created another object with its own local variable of the same name, then I used an object variable to share values to other objects, then I created yet another object (by duplicating the last object I made), then I created some custom blocks without parameters and copied and pasted the set variables inside (one time I accidentally moved one of the set variables inside a custom block, so I copied it from that custom block to another custom block). When I realized it wouldn’t work due to how custom blocks work with local var, I added a parameter to pass the local variable inside. I then copied and pasted the block in place of the old variable blocks, then I started to notice something off. Part of the code wasn’t working, even though it clearly looked like it should. Then when I tapped one of the set variable blocks to try and fix it, it wouldn’t open the keyboard. So I removed the variable, still wouldn’t open. So I decided to paste the variable from another set variable, and the glitch occurred. Leaving the project fixes the visual glitch, but there’s a chance you’ll notice another block where object variables look like local variables. It doesn’t affect every block, fortunately.

Thanks for making the bug report even if it can’t be consistently reproduced — it does help to narrow down the problem.