First of here’s the link for the starring game, Nom Nom’s Funny World! 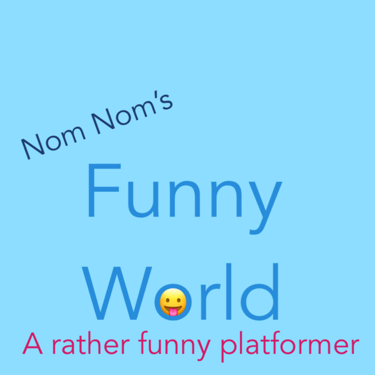 It was made by me (@894)
Here in this topic we can talk about it’s updates and some suggestions too! Here’s a poll!

epic platformer! :D
i liked all the voice lines for nom nom, feel free to tag me for updates if you want :)

Thanks for the plant!!!

Whaaaat why does it say

ah, that means the topic will close after 3 months of no posts here. It’s like that for all topics in the Project Updates category, that way once people stop posting and there are no more updates for the project, it will close by itself, saving the leaders some time. :)

@Temm do you know how to make it so Nom Nom can fall down holes? If so please could you tell me, it would really improve the game.

Or anyone else you know who can help me?

sorry for the late response but i can totally help you :D
I’m still writing but I’ll tag you once I’m done :)

@894 essentially, to make our character able to fall we have to add a gravity system. we can use a variable to change the character’s position up and down as well as side to side.

also: here’s a project i made with all the code if you want to copy it over to nom nom’s world :) 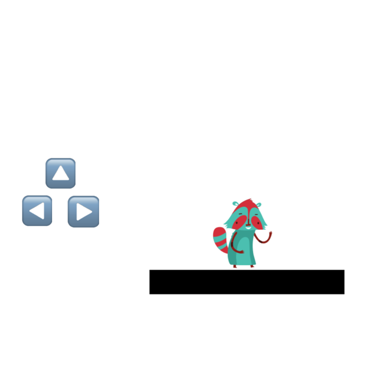 “example” by Temm. Made using the free Hopscotch app!

basically, we want to use the Set Position block to change nom noms position, which we can do constantly by putting it in a Game is playing block! then, if we use the math addition to add a variable to each, when we change the variable it will change nom nom’s position! you can name the variables whatever you want, but i named them Xvelocity and Yvelocity to make to it easier to remember what each does. this would look like
Set Position: X(Self X position + xVelocity), Y(Self Y position + yVelocity).

then, all you have to do is set the xVelocity to 10 or -10 (or whatever numbers feel right, the bigger the faster nom nom will move!) in each of your buttons and nom nom can move side to side.
When (Left Button) is pressed
Set xVelocity to -10
Set button is pressed to 1

When game is playing:
Check if (button is pressed) ≠ 1
Set xVelocity to xVelocity x 0.8

then for the jumping (and falling) code, we can always increase nom nom’s yVelocity by -1 to make them fall.
When game is playing
Increase yVelocity by -1

then, in all the blocks you want nom nom to be able to walk on, we can check when the blocks are touching nom nom and set nom nom’s y velocity to 1.5, which will let them stand on the blocks!
side note: there are much better ways to do this stuff, so if you wanted some really complex but really good physics code, you could tag Crosbyman or Spy Guy 96 :]
(put this in everything you want nom nom to walk on)
When self is touching Nom Nom
Set yVelocity to 1.5
Set touched ground to 1 (used for jump code!)

also: we should add a when is not pressed to set the button is pressed variable to 0, so nom nom can slow down.

and that’s it! it’s a pretty sizable chunk of code but i hope it helps. let me know if there’s anything you need help with or want assistance with a tag :)

happy to help, looking forward to seeing it! :D

can you send the project link? i can help you figure out what’s not working

I saved it now 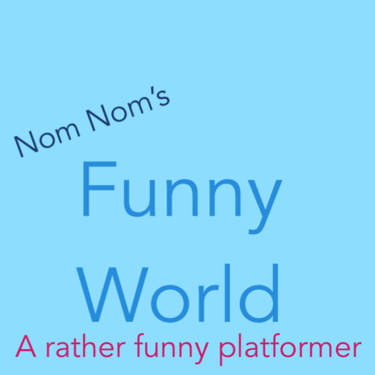 @894 here you go! there was a few small bugs with the jumping and stuff and i fixed em for ya, so it should be all good to go! 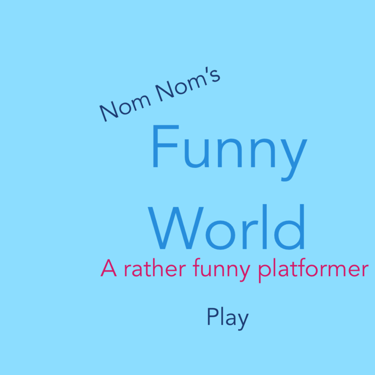