Limiting custom rules to some specific clones. This would be optional when creating the custom rule, next to parameters.

Games where the fps drops considerably due to clones reading tons of containers. Even if they are not running the code inside those containers, this is a considerable loose of time and with lots of clones, this results a fps drop.

Complex platformers with lots of different tiles, so different collision; and game where there’s only one object. 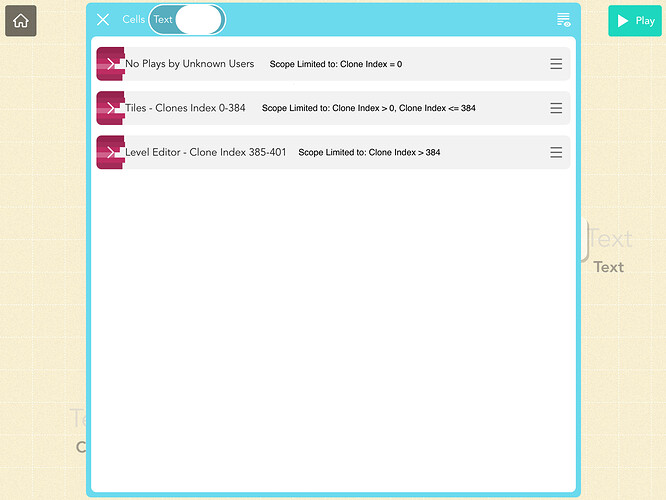 i’m aware i can directly put some clone index=67 in containers, but imagine a game with 60 containers and 500 clones… hopscotch player (system, not you) would need to run through 3000 containers each 0.016667 seconds!!! why not helping it a little bit by just limiting a scope to specific clones, and also it can increase the fps!

if possible, please close/clive this topic - i dont see the use of this