How to make code run only the first time somebody plays

So, do you want to make a tutorial, but make it so players only have to go through it if they’ve never played before? Or a special reward for people who’ve played 10 times? Well, you’re in luck! That’s what I’ll be teaching today.

1. So first we need to make a blank text object, like this. 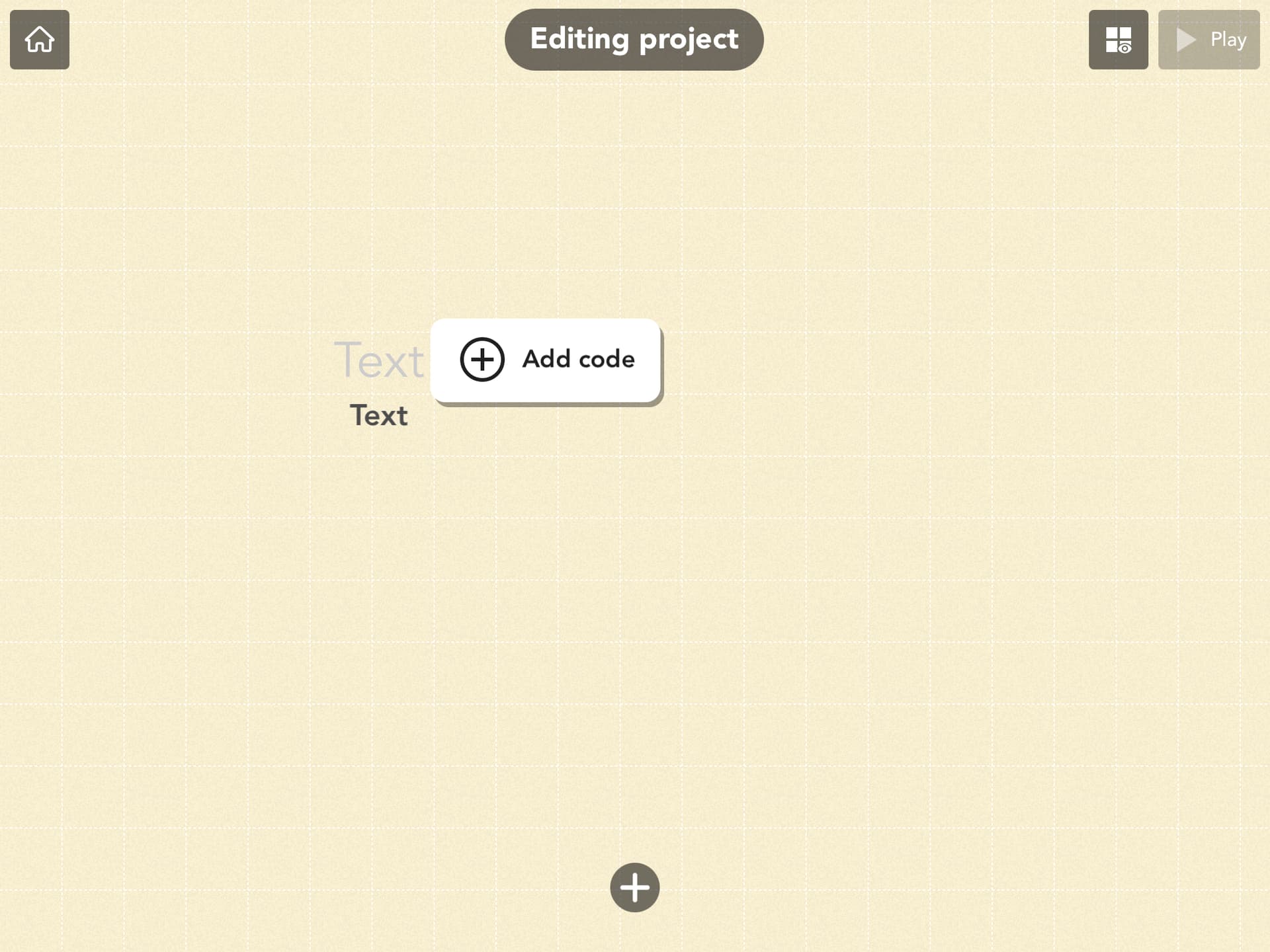 2. Open the object’s code and select ‘when game starts’. Select the yellow ‘increase’ block and create a user variable (advanced mode only). Set the number to one, so your code looks like this: 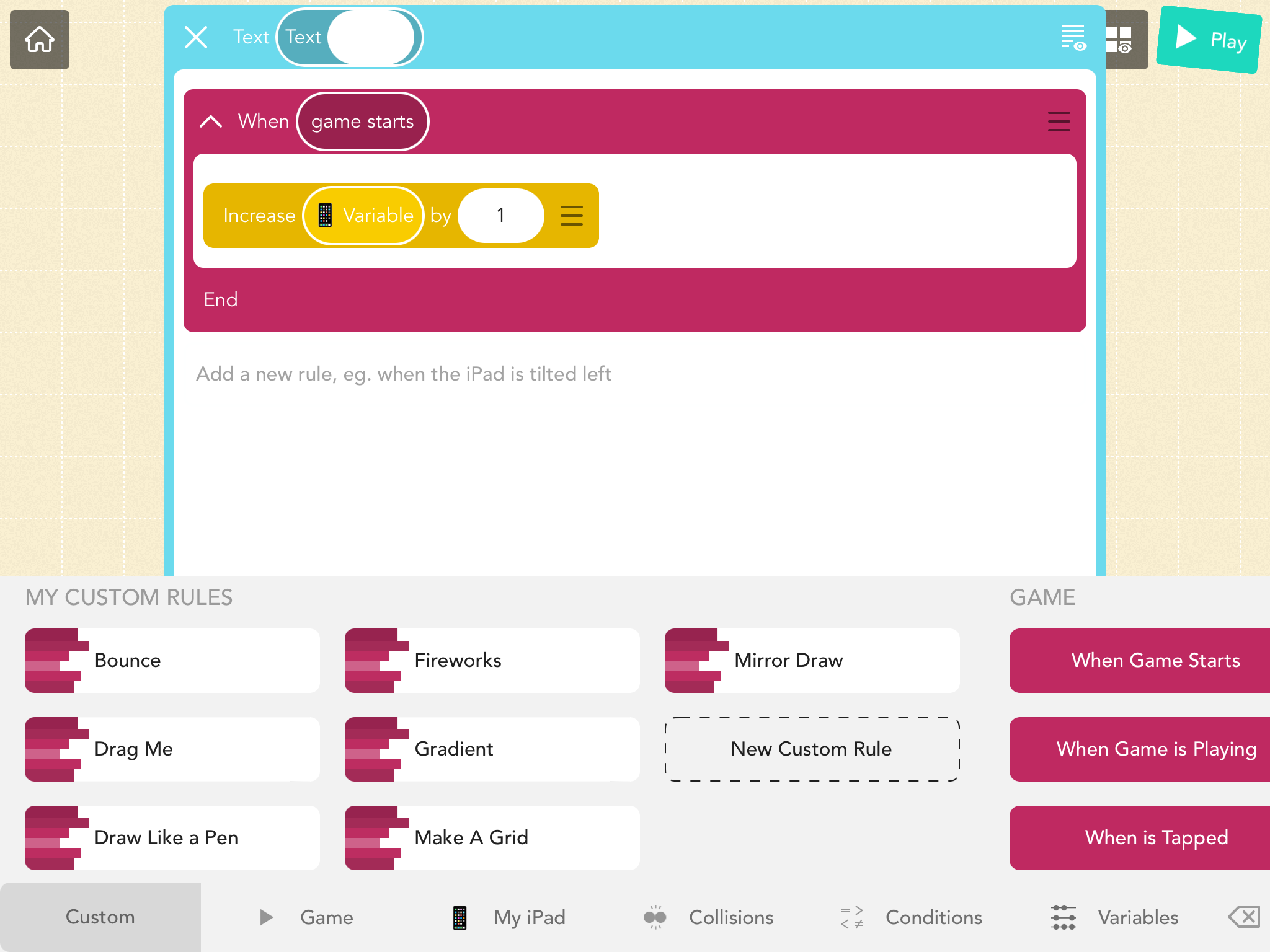 3. Below the yellow increase block, add a blue ‘check if else’ block. 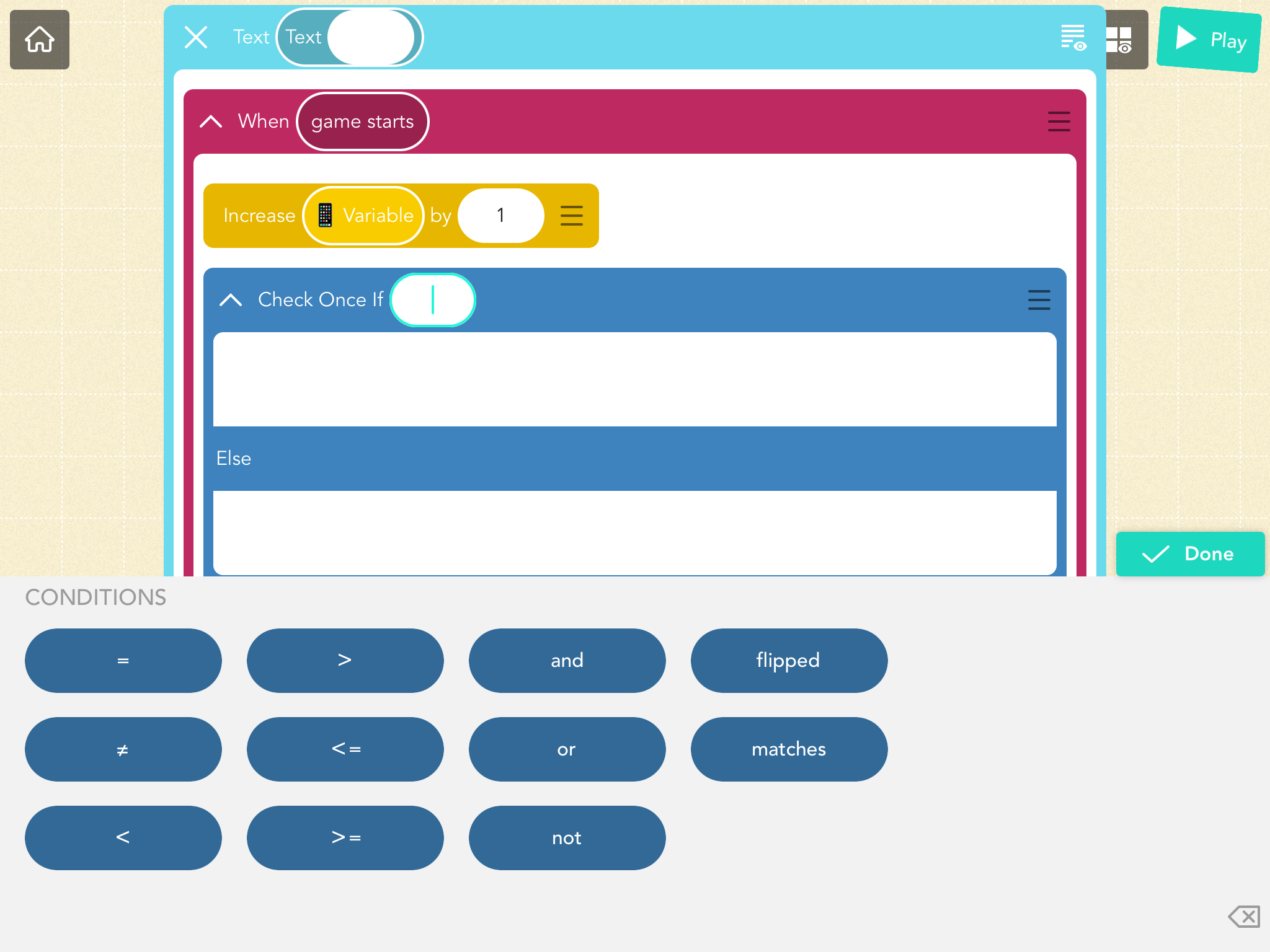 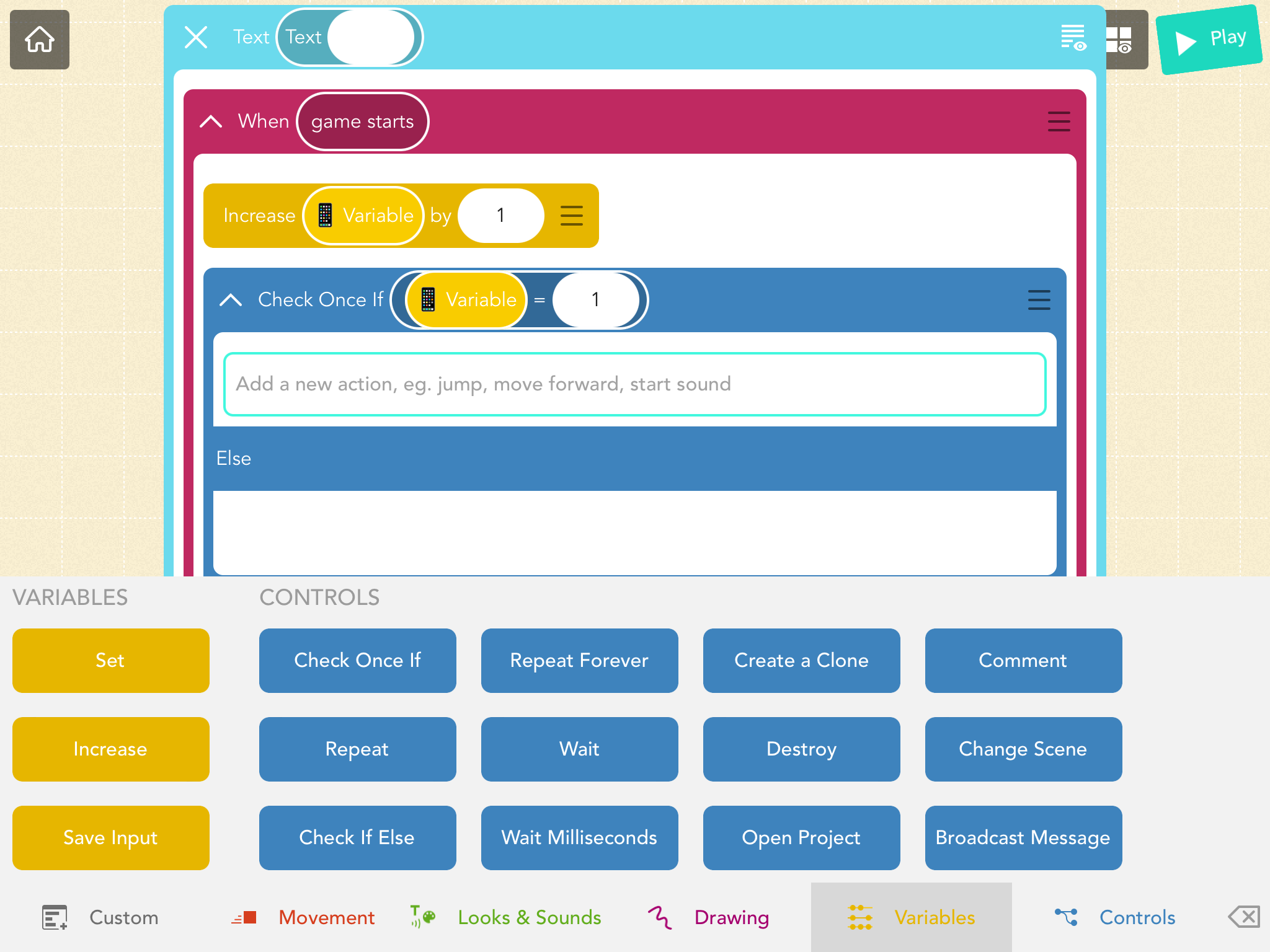 5. In the top section of the check once if block, put whatever code you want to run if it’s somebody’s first time playing; in the bottom; put the code you want if they’ve played before. I’ve put some different text. 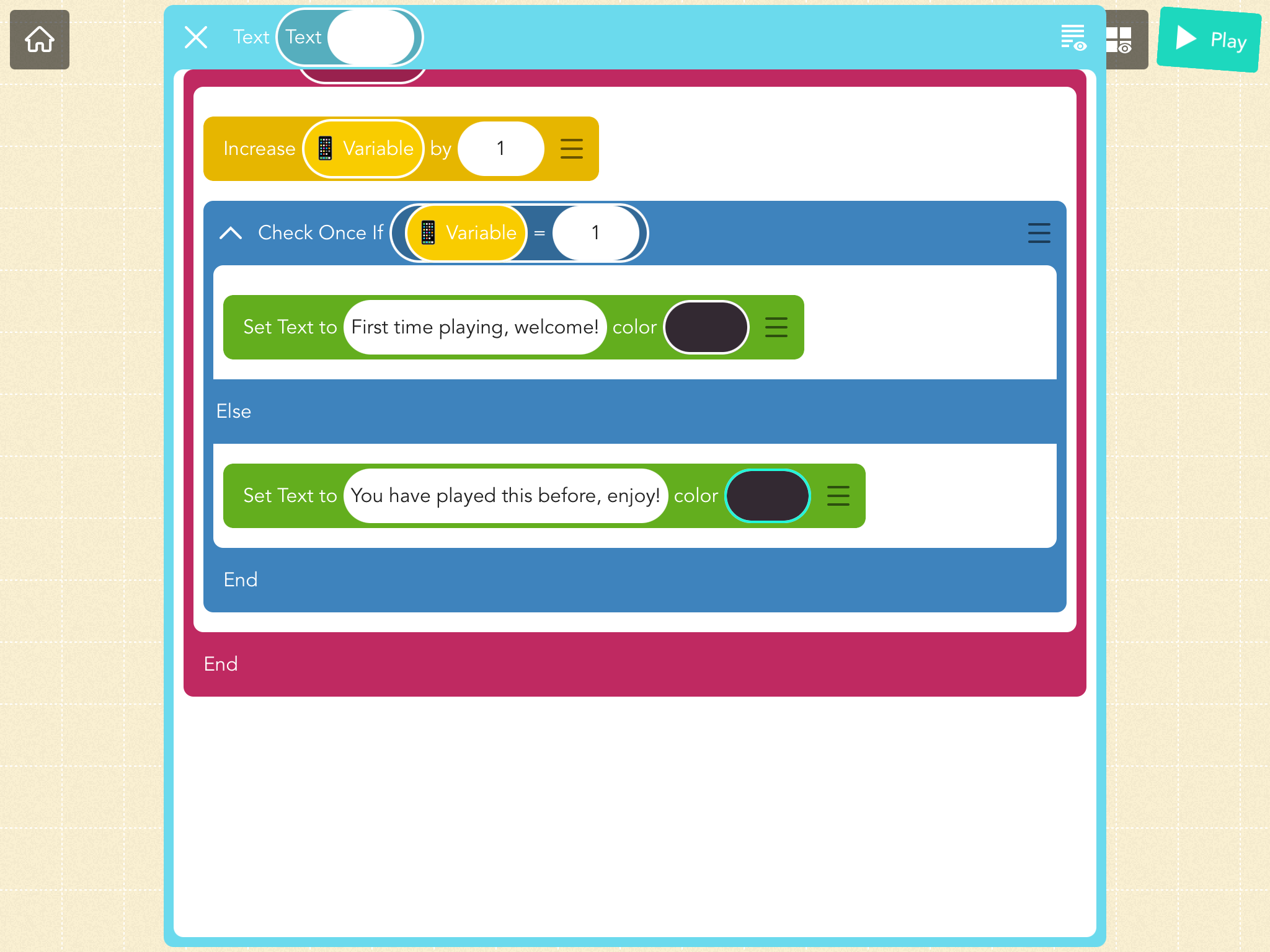 It’s done! Easy, right? Play the project multiple times- experiment! What can you do?

stealing first post. does this tutorial make sense to you?

Yes. Don’t have advanced mode though.

cool! don’t have advanced mode though, but would totally try this

Another small suggestion I would have is that people can name the variable “Plays” or “Number of Plays”, if they get to a point where they’re starting to have a lot of variables.

So if “Number of plays” = 1, you know this is the first time the scene is being played.

And if the game is larger you could even create a badge commemorating the 10th, 20th, and 100th times played!

Nice! I have something almost exactly like this in some of my games! (I’m not saying you copied me btw lol)

Hmmm, do you do if Variable does not equal 2 set to 0 and increase by 2 and than so on?

That still needs user variables. Its the same thing except its all 2s