I believe there’s a video about it

Thanks for covering my back there :)

Sorry for asking you questions I won’t anymore

No no no… feel free to ask. I’m just glad @waffle was able to answer it sooner for you than I was :)

Just zoomed out of Scenes

Has that always implied the existence of a second?

If I have time, I’ll probably still make some developments on my own version, but for the time being, check out the official one if you haven’t already!

Since you could mod projects and add keyboard support etc on your player, will that also work for this one?

but to answer your question: no, this player does not include the modded actions, as it pulls from the same webplayer as the normal Hopscotch embed page does (it’s literally Hopscotch’s embed page in the iframe’s source).

And ok good to know.

There are some other differences at the surface-level as well, but most of them I think are pretty noticeable: 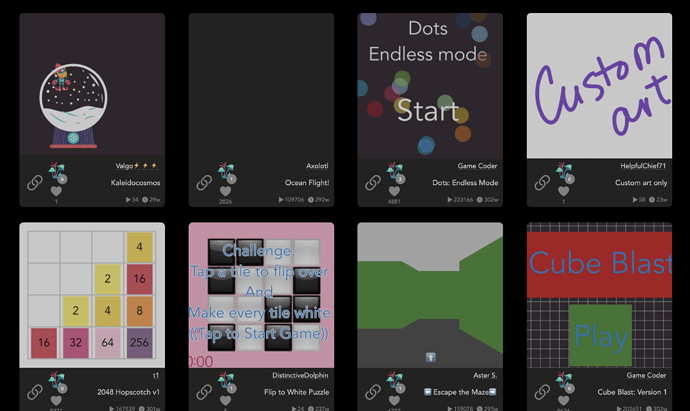 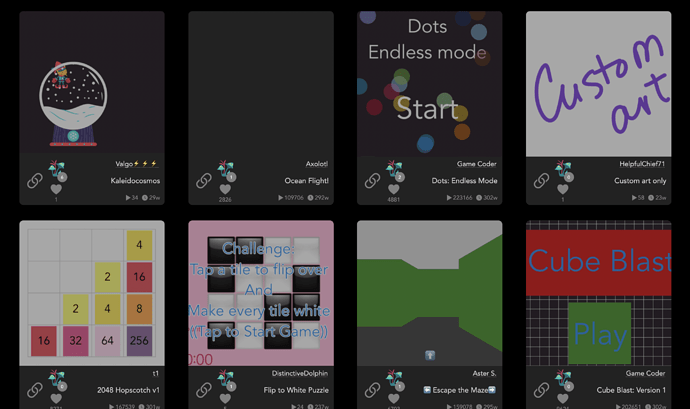 0.6 contrast2849×1692 383 KB
@Rawrbear curious to get your thoughts here. How do these look? One is 75% brightness, the other is 60% but with added contrast. I think both look better than what exists currently, but I am curious to see what you think about this one.

Are they both too dark still? Too bright/straining? Do you prefer one over the other? Which one looks more vivid to you?

That looks beautiful! I actually think they’re both pretty vivid, though the one on top is slightly more vibrant to me. Maybe you could try upping it just a bit more (77%-85%) with just a tad of contrast, to preserve the intended look just a bit more?

It looks really nice like that, but I feel like it’s still just a tiny bit too dark. It’s so close, though.

Not sure how much brighter I can go without hurting my eyes in a dark room (poorly simulated by turning the screen brightness to max) since I want to consider that as well but I’ll keep playing with it.

(also helps to click on the image to view it instead of viewing it against a white background, idk if you did that) 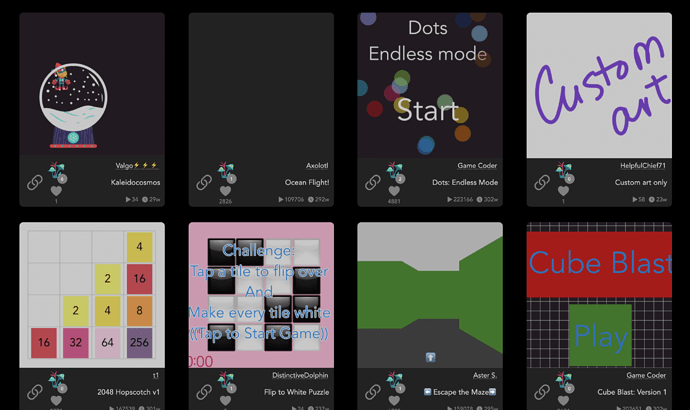 (It’s funny to me how Kaleidocosmos has one like and a snow globe as its thumbnail, but that’s okay! I’m going with it. :) )

white background of the Escape the Maze

globe as its thumbnail

Ohh okay, that makes sense, haha. Maybe just a couple % more then, as a fine tune and a balance for regularly lit rooms, and I think it’d be great!

Just saw this. I think that’s looking a little better for sure - I’m starting to see your point too though. Hmm…