One thing I REALLY need in hopscotch is the “group” feature. The way it works is that there is an option that says “group”. When you click on it, you can then select any objects you need and press the “tick” and all those objects will merge into one big object. Then you are able to move it around, even in the editor, as one. Here are some poorly made screenshots: 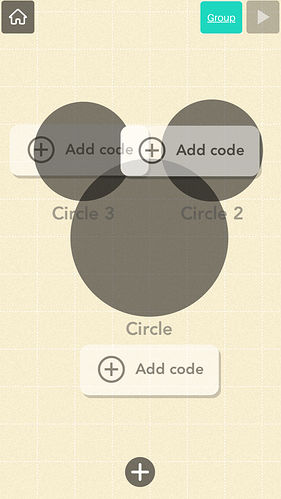 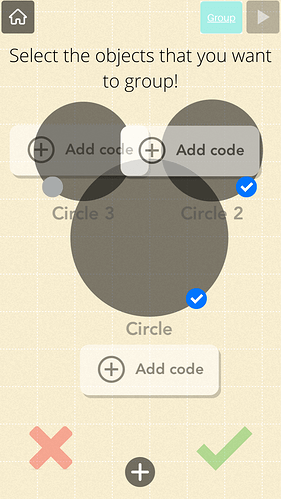 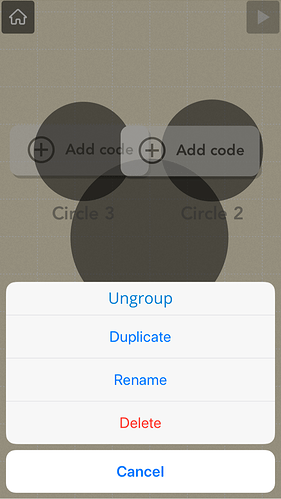 This could be useful to keep the coding area more organized.

This would be helpful for large projects with a lot of objects in the editor—thanks for suggesting this!
Love the Mickey Mouse silhouette as an example btw

Yeah this would be helpful particularly for working with your own assets.

Yes, but say you want to set it to a random position… also if you have too many objects it can just get confusing and can get messed up easily, will also help for lesser experienced coders.
(Aka me)

4 posts were split to a new topic: What is required for a new feature to be added in Hopscotch?

For the idea of grouping objects:

So I would definitely pitch for this to be added, but yeah it just might take some time to get to it because of resource limitations, if we did decide to add it. (For a feature to be added into the app, it just needs to be designed, programmed, tested, polished, and so on.)

I’d use it for this type of project: i know I just think it would be useful

Here are some examples of Hopscotch code that could be improved if we had this: You could affect many things at the same time, like destroyed every single square, and you could maybe add objects too a group and the “any object in group” would make it so you could affect all of those objects

I just had the idea of like grouping, for example:

A group would always move relative to each other, and would set its relative position based in its original position.

There could also be a group setting option on the code interface, for example if you held down on the screen a highlighter box would appear and you would select some objects and then you would click “add group”?

So many people have suggested this it just has to be implemented now!

The reason I need grouping is to more easily implement shape art a separate sprites.

It is probably more of an expression, even if not necessarily everyone wants it, there is support for the feature from people