Welcome to the project that pushes your device to the limits!

How it works
When you start the game; You will see several available tests. Ranging from Object Duplication to Text Rotation, these will lag your device and see how it functions against many boxes, text boxes, etc! If you run out of things to do, just wait! There’s always going to be a new test added with each update!

Thanks, and have fun testing your Average FPS! 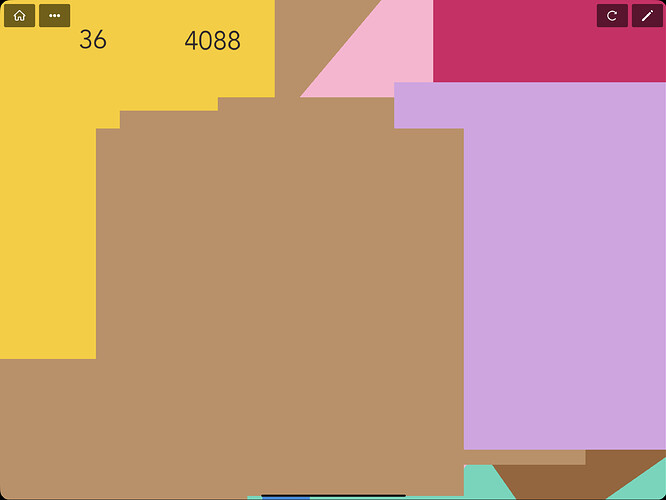 The FPS counter is a little off though. It should be reading 18 FPS, not 36.

When counting FPS, you should be going up by 1, not 2.

(Update: Has been fixed, and you are accepted.)

The number shown in the image was after it hit the 4096 total clone limit.

Sorry for the wait, the list has been updated accordingly to the fix with the fps system.

Seems like a project that’s pretty useful for testing certain things (I’ve actually done something similar too!), although I’m not sure why this is supposed to be a “competition”?

It’s to show how fast ones device is! Also, you’ve been accepted and put on the leaderboard!

The Competition is over, and @Awesome_E has won! He now has a trophy that will stay in game until the next event!

It’s to show how fast ones device is!

Yes, but my question was “why does that need to be a competition?”

^^^
i have that question in mind too

Yes, but my question was “why does that need to be a competition?”

^^^
i have that question in mind too

Sorry, I’ve been thinking about this too, and thought it was a bad idea so there won’t be any more events.

And to answer that question, Awesome_E,

I thought it should be a competition to have people compete for a trophy in game, so they can have the ability to say ‘I made it to {FPS} with {# of Blocks} in this game,’ yet I now see it as a bad idea because if they wanted a trophy, they could just remix it and add it to the game.

I’m gonna figure something else out like this, and maybe release something else. (Edit: Probably going to have a reset button in game so it will link to a personal leaderboard)

if they wanted a trophy, they could just remix it and add it to the game.

Even if it showed the remix sign, people could easily find the original by clicking the top right, and I’m perfectly fine with whoever adding what they want!