What kind of device are you using?: (Also include iOS version, and Hopscotch version)
Ipad pro (11 Inch) ios 15.5, hs Version 3.52.0
1 sentence description of the problem (I was doing Creating a custom, and then Crashing happened):

I expected this to happen: The custom rule to create with no problem

But instead this happened: Hopscotch crashed

Here’s a sweet screenshot: Once again another issue kind of hard to screenshot I have been able to reproduce this bug in large projects, projects with less code i can create a custom rule fine 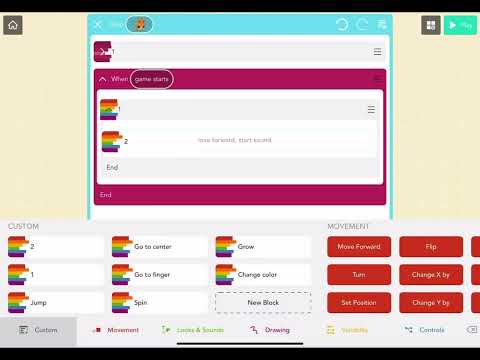 For case scenarios where doing a screenshot would be difficult, you can opt to create a screen recording instead. It’d be best to prepare your Homescreen prior, so you don’t accidentally reveal any PI.

Another user had this problem as well, and they sent a screen recording of this issue to THT via email.

Did a screen recording of the issue, @Bobinny’s workaround didn’t work for me but that could be because of a difference in device (among other things)

Another work around you can try to do, is to duplicate an existing custom rule and you can rename it and add code to the copy of it. At least for me that does not crash hopscotch, so this bug might likely caused by creating the rule itself.

It works half of the time to me

When I created this topic I tried creating custom rules in smaller projects I never published, and for what ever reason Hopscotch didn’t crash so I assumed it only happened in larger projects. But I quickly found out that this does happen to smaller ones. I think I got this issue to happen in a more consistent way. For what ever reason for the custom Ability I can only create 9 if I create more it will crash, For custom rules I can only create 8 or 9 then if I create another one Hopscotch will crash. I would like someone else to verify this. I also updated the op and title to not mention the larger projects part as that information is now false.

fun fact, i was also creating custom abilities by naming them with numbers too, and it crashed at least 3 times for me

Officially reproduced, will be fixed in the next release

Should also be fixed in Version 3.53.0 Official Topic (Much faster performance + bug fix)

This topic was automatically closed after 2 days. New replies are no longer allowed.