I’m looking for something super simple. Like one of those basic HS tutorials

Those would be good Hopscotch tutorials, but they are too easy to do in Xcode. What’s a simple app for iPad or iPhone that I should make a tutorial for?

Hmmmm, what about Tapper?

Ooh, a tapper is a really good idea! It can be as simple and modern as you want, it teaches variables, and it works with objects. Thanks

I’ll post the video here once once I’m done

Curious to see how that’ll be done

Yeah, I have ideas…

Oh, btw, I want to show you something really cool that you can get on an iPad 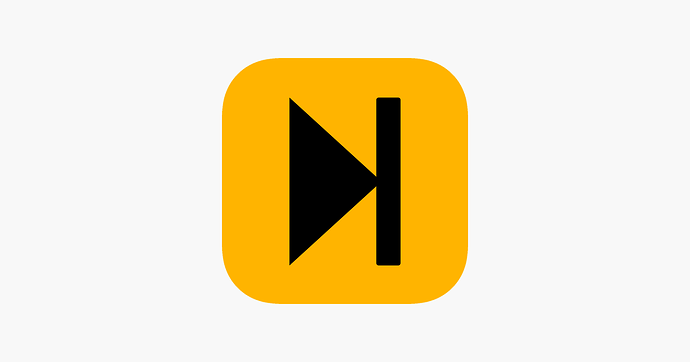 ‎Jupyter notebooks are a powerful tool used in education and research. You can write small snippets of Python code and observe the result on screen, combine with paragraphs of text, using Markdown. Carnets provides a complete, stand-alone,...

This app was posted on GitHub before it was on the app-store and people were able to build it in Xcode and download it to their devices from there. Now it’s on the App-store, but the repository still exists and the developer is still active.

Edit: I’ve already used it to program on my iPad

That’s pretty cool! I have PyCharm on pc, but maybe I will check that out too sometime

I don’t think Guitar Hero is a “dancing” game, more like a “playing-an-instrument” game…lol

I love how the app is 17+ because it contains ‘unrestricted web access’.

Lol, the only way it is unrestricted web access is if you import something that allows website viewing in the app. Or, of course, you program it in python yourself…

I’ve decided to do something to increase participation on this topic: 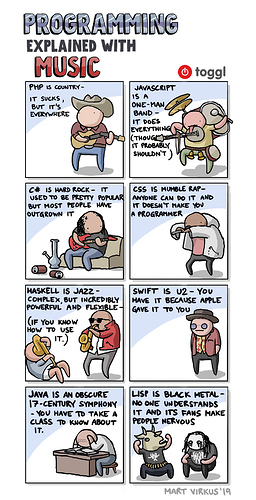 The comics aren’t original, but they are so funny that I have to share them! I have a line up of these funnies.

Hey guys, I have a problem. My brother’s projects don’t show up anywhere on the app even though they make some cool projects. They are not allowed to join the forum, so even though they make better projects than some people on Hopscotch, their projects don’t show up anywhere. The problem is, I don’t know Hopscotch can fix that without undoing the system they made. Could I have some ideas?

They don’t show when you go to their profile? Or the featured channels?