1 sentence description of the problem: I was trying to upload an image for my game via the Files App, but for some odd reason, it turned out blurry (more blurry than usual, like it was uploaded at half the size and sized back up to 100% again). This is an issue because a lot of project need their images to be a crisp as possible. At first I thought it was a odd width and height thing, but I soon realized it was much worse…

(If it is an existing project, include the link. And remove all code that is not related to the bug)

I expected this to happen: A sharp, crisp image

But instead this happened: A blurry image 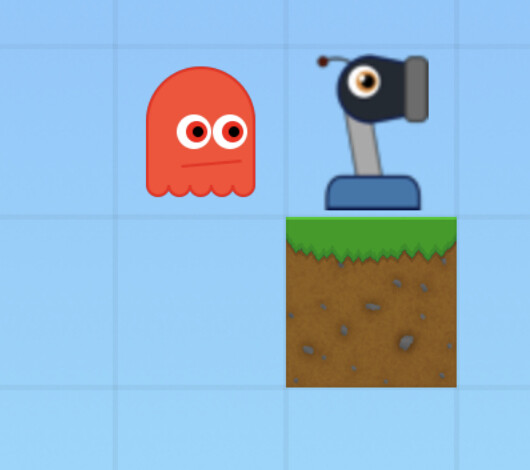 Thanks a lot for making the topic — funny coincidence with creating it at the same time.

Just to check, what were the sizes of the images that became blurry?

(Edit: thanks I just saw the sizes)

I just moved it to #hopscotch-bugs:ios since we had some changes to image sizes recently on the iOS app.

I also have this problem,

the burry thing depends on how hopscotch resizes images (none, bicubic, bilinear, etc) and unfortunately a temporary solution is to import the image at 2x the original size

This blurry thing is still a bug because it didn’t occur in the TestFlight version.

I’m sure images are sized using the bilinear method, but to me, it seems that Hopscotch uploaded the image at 50% the intended size (and I don’t mean pixel to unit size), then resizes it back up to 100% size (which might (and I could be wrong) be how the large images showing smaller than intended got fixed… all it really needs is about 99% it’s original size, since images upload at their correct sizes up until the stage size).

import the image at 2x the original size

Ah thanks for the feedback!

Dealing with various image bugs there were some changes. Now uploading an image is done at a 1x scale consistently. Where previously it would depend on the device (the device’s screen scale, which could be 2x or 3x).

Something I shall investigate!

Yep the image changes weren’t on the TestFlight version which had the earlier scene changes — they were included on the release in 3.57.0

Yeah, I noticed this too, which was why I used the TestFlight version as a temporary workaround for an image related bug fix in my game. I immediately went back to the public version afterwards.

I think @Yuanyuan tested using the pre-release TestFlight build before submission, not sure if that went to beta testers though.

Probably not. The last beta build I tested was build # 7356

It’s in the queue for us to investigate.